Creating A World Where All Living Beings Can Thrive.
‍
‍The Humanity Awareness Initiative is a global initiative incubated by the Barrett Academy for the Advancement of Human Values. The purpose of this initiative is to create a world where all peoples and all living beings can thrive.

This video explores the broad outlines of the vision for the Humanity Awareness Initiative.

A brief description of what Humanity Awareness might look like in each of the different sectors can be found by clicking the topics below. 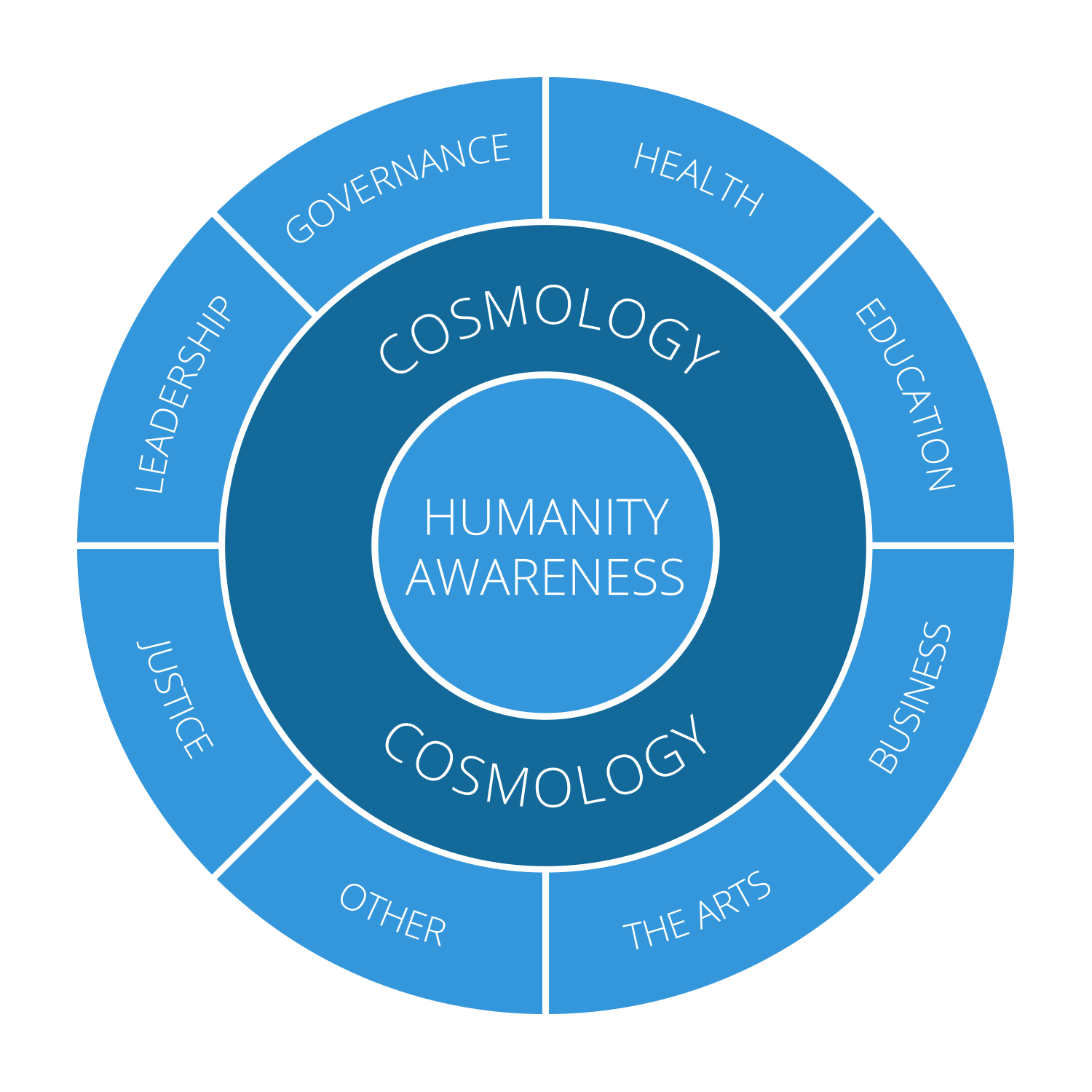 You can sign up for information and newsletters or contribute to the Humanity Awareness Initiative by filling in this box.
Thank you! Your submission has been received!
Oops! Something went wrong while submitting the form.
Find Out More About this Subject Via These E-Learning Courses

Since the arrival of Homo sapiens on the evolutionary scene 200,000 years ago, six worldviews have emerged. Each worldwide evolved in response to changes in social living conditions, and changes in social living conditions were triggered by changes in collective human psychological development. Each new stage of collective human psychological development was accompanied by a shift in collective identity and an expansion of conscious awareness. This course describes the characteristics of the six existing worldviews and lays out a vision of what the next worldview (Humanity Awareness) will look like.

This E-Info Course sets forth a comprehensive methodology for measuring and comparing the comparative level of the well-being of nations. It presents the results of these measurements for 2014, 2016, 2018, and 2019. The comparative level of well-being is measured using seventeen global indicators. By adding together the scores for the seventeen indicators it is possible to calculate a total score for a nation. This score is referred to as the Global Consciousness Indicator (GCI) of the nation.

The purpose of this global initiative is to co-create a world where all human beings and all living creatures can thrive. Since the arrival of Homo sapiens on the evolutionary scene 200,000 years ago, six worldviews have emerged. Each worldwide came about in response to changes in social living conditions, which in turn were triggered by changes in collective human psychological development. The worldview of Humanity Awareness, which is now emerging, represents the seventh worldview. The survival of our species is dependent on the adoption of this worldview.