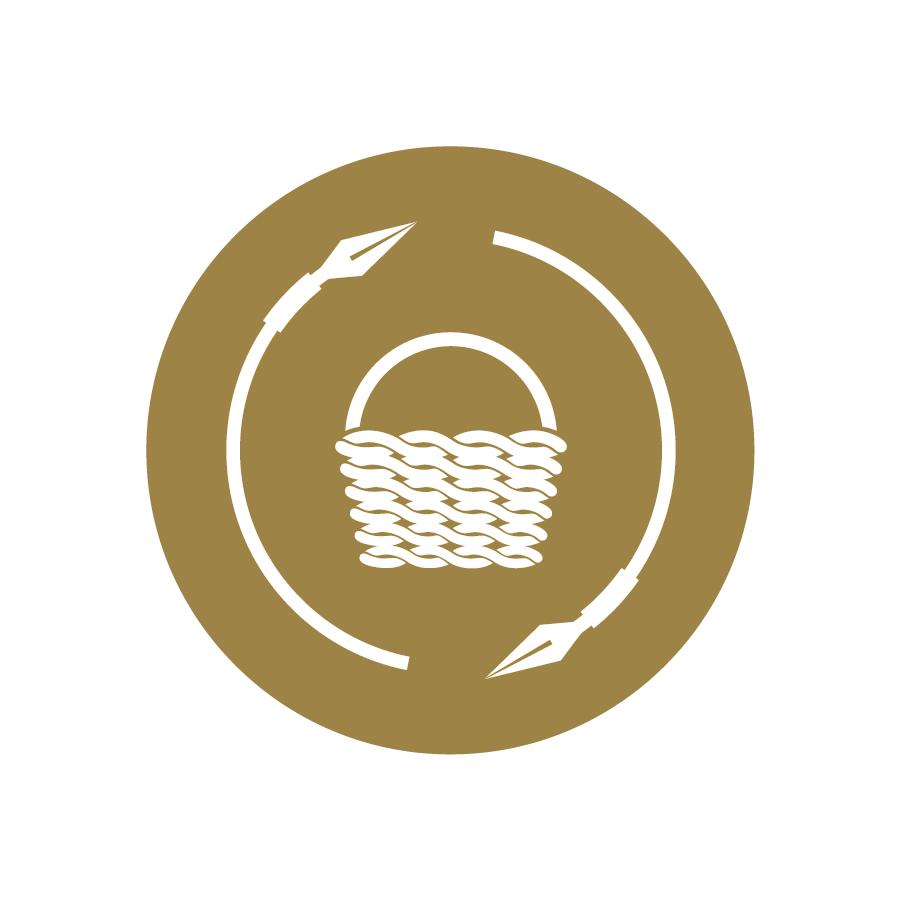 Survival through sharing and reciprocityHeading

During this early period of human history people lived in small nomadic or semi-nomadic bands comprised of 20 to 30 close relatives. They survived by hunting and gathering. They had very few possessions – mainly the tools they needed for survival. Each clan kept to itself but formed mutually supportive relationships with neighbouring clans. The practice of reciprocity, particularly the sharing of food, was one of the ways clans helped each other to survive. Warfare was unknown. Both sexes participated in decision-making according to their experience, knowledge and skills. Most decision-making was instinctive.

Leadership was situational. Men and women performed different tasks commensurate with their physical strength and their childbearing or child-rearing duties. While men focused on hunting, women focused on gathering. Men learned the ways of animals and women learned the use of plants for nutrition and healing.

There were no formal rules in the worldview of Clan Awareness, but there were common understandings about three important topics: the spheres of activity of men and women, the support that should be given to kin, and the order in which food should be distributed. Violation of these understandings caused embarrassment. Behaviours were controlled through social pressure, teasing and ridicule. There was no sense of personal ownership and no real sense of territoriality in the worldview of Clan Awareness.

How the worldview of Clan Awareness shows up today

There are very few people today who operate from the worldview of Clan Awareness. They mostly live in the remote jungles of the Amazon, Papua New Guinea and the Aboriginal communities of Australia. Their way of life has hardly changed in thousands of years.

The cosmology of Clan Awareness

Hunter/gatherers regard their physical environment as their home: The Earth is their divine mother; the world they live in is their classroom, and nature is their teacher. Nature spirits are everywhere. All things are connected, there is no separation – life and death are a continuum. When people die, they simply move out of the physical world into the spirit world.

Shamanistic practices focus on the health and well-being of the souls of clan members. The role of the shaman is to effect changes in the spirit world that result in the manifestation of changes in the physical world. In other words, the shaman acts as messenger between the spirit world and the human world. Fear-based thinking is rife in Clan Awareness: powerful nature spirits have to be appeased in order to survive.

Correspondence with the stages of development

The worldview of Clan Awareness corresponds to the surviving stage of psychological development. At this stage of development, the foetus, and later the baby, live in a world without separation; whatever they sense is taken to be an extension of themselves. For them everything is connected. All decision-making is reactive and instinctive. The young child is strongly influenced by the survival needs of its body. The baby, like the members of a clan, cannot survive without kin-based sharing.

The principal behavioural markers of the worldview of Clan Awareness are:

Respect for all living creatures and plants

·       Roles of males and females are defined by nature

·       Sharing of resources for survival

The transition to Tribe Awareness

No items found.
Product is not available in this quantity.